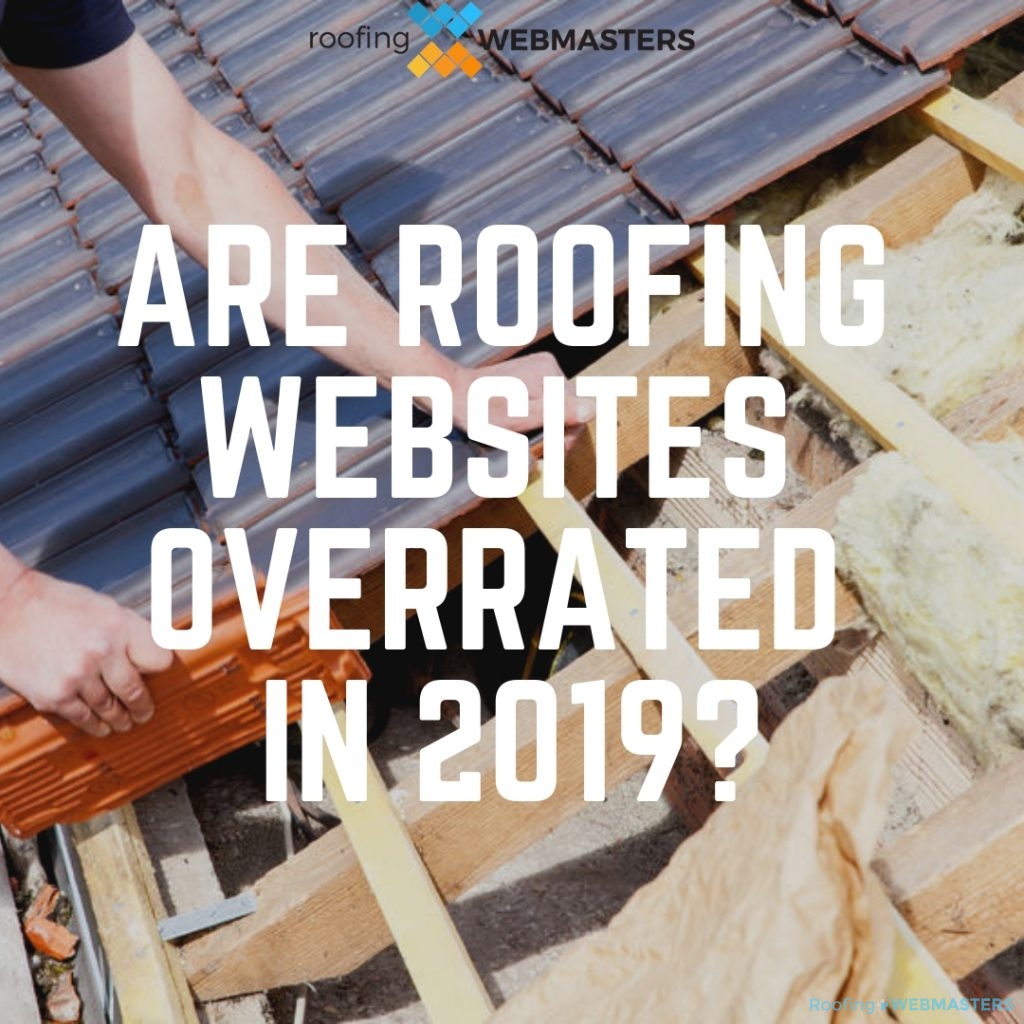 At Roofing Webmasters, we speak about the importance of investing in a roofing website, and we’ve heard from several of you who believe that a roofing website is overrated heading into 2019. You cite the presence of free organic channels like Google Maps, Facebook, etc. You also stress that the new home page for roofers is, in fact, Google itself. The Google homepage theory alleges that consumers will never even reach your website when they search it on Google. Instead, they will gravitate towards other web entities associated with your business, which are most commonly; one of the following:

Yes, those channels have significant appeal to users, but none of them will rank well without a website serving as your company’s online foundation. This error in judgment is perfectly understandable. The assumption (albeit an incorrect one) is that the channels listed above will appear prominently on SERPs without a website. But research shows that the premise is false. There’s a strong correlation between organic rankings (your website) and local map pack rankings (your Google Maps listing). The two are not mutually exclusive but instead, hold a strong association with one another. Without a website, ranking on Maps or having a full Google homepage in any sense is unrealistic.

The Google homepage has undoubtedly emerged, but a high-quality website is essential to presenting well on Google search. Research shows an increase in zero-click SERPs, and since 2016, we’ve seen a more than 20% increase in SERPs the produce zero clicks. Imagine a scenario where a user fails to click on PPC, organic, or local maps. Such an occurrence is a zero-click search.

Users perform zero-click searches because of their ability to reach out to a local service without ever going further than the Google homepage itself. While a website may generate less traffic than 5-10 years ago, it still supports other SERP placements such as your Google My Business listing and Facebook Business Page. Without a robust website, you can’t expect to rank for your secondary entities either.

Branding is as essential to lead generation as any other web-based component. But branding online may not be what you think it is. Traditionally, branding had to do more with aesthetics and values. In the digital space, branding refers primarily to establishment and visibility. However, having a visually appealing website and logo is still helpful, as is a slogan and company description.

How you see your company isn’t necessarily how Google sees it. Often the two perceptions don’t resemble each other at all. Roofers tend to think of branding in a more traditional framework. In other words, they ask themselves how to translate their values through a web presence. Google is far more interested in how its users view your company. Behavioral metrics help determine a website’s ranking, and ultimately rankings of other digital assets as well.

The emergence of paid Maps pack listings, along with the Google Guaranteed program, has decreased the number of clicks on a given SERP page. MOZ found that in 2018, 35% of competitive local keywords had local pack ads. In most cases where ads are present, they are followed by two organic results.

Still, the loss of that 3rd organic Map Pack listing is one less spot for a local roofer to generate clicks and eventually leads. The Google Guaranteed program is a glorified lead gen platform in which Google serves as the lead broker for small businesses, including roofers. They create yet another SERP element that takes users away from organic results.

Hello! If you have any questions, leave your info below and we'll call you.